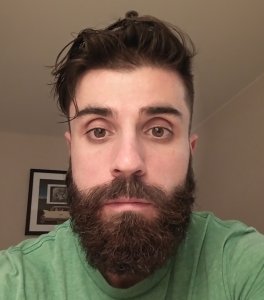 Ermal graduated from Old Dominion University in 2010 with a B.S. in physics and applied mathematics. After receiving a MS in Science in Physics in 2011 and a MS in Science in applied mathematics in 2012, Ermal received his PhD in 2016 from the University of Washington in Seattle where he worked with Sanjay Reddy in theoretical and computational nuclear astrophysics. He then proceed to his first postdoc at University of Guelph working with Alexandros Gezerlis in nuclear many body physics.

Ermal’s research centers on the intersection of quantum many body physics and astrophysics. His focus is on how particle interactions affect the properties of extreme environments such supernovae and neutron stars. For instance, he has worked on neutrino nucleon matter interactions, transport properties of neutron stars, supernovae equation of state, and constraining BSM particles. In addition, Ermal’s interest in quantum many body systems extends to properties of nuclei that could be tested in future experiments, and in developing new algorithms using technological tools such as machine learning and neural networks.

Manibrata completed his PhD in Theoretical Physics in 2018 at the Tata Institute of Fundamental Research, Mumbai, India, where he worked with Prof. Amol Dighe  and Dr. Basudeb Dasgupta as his mentors. As part of the N3AS network,  he is currently based at Northwestern University, Evanston, with Prof. Andre de Gouvea as his local mentor.

His research interests include topics in neutrino and astroparticle physics. He has worked on the flavor evolution of dense neutrino streams in astrophysical environments, particularly a core-collapse supernova. For instance, his recent interests include studying fast flavor conversions of neutrinos emitted from a supernova, as well as binary neutron star mergers. Apart from that, he is also interested in dark matter model-building and phenomenology. 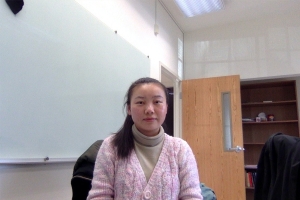 Sophia obtained her Ph.D. in physics at Washington University in St. Louis in 2015, where she was supervised by Prof. Mark Alford. After graduation, she then joined Prof. Andrew Steiner’s group, working as a postdoc at University of Tennessee Knoxville and a guest visitor at Oak Ridge National Laboratory. Starting from September 2018, Sophia has been stationed at Ohio University within the N3AS Collaboration Network. Before coming to the U.S., she completed undergraduate degrees in Materials Science & Engineering (major) and English (minor) at Shanghai Jiao Tong University in 2009. Sophia’s research interests revolve around properties of dense matter in the QCD phase diagram and neutron star physics. She has been working on effects of possible phase transitions in neutron star Equation of State and relating them to astrophysical observations. She is also interested in constraining theoretical models of nuclear matter and connections to laboratory measurements of neutron-rich nuclei.

Xilu completed her PhD in astronomy in 2018 at University of Illinois at Urbana-Champaign, where she was advised by Prof. Brian D. Fields. She got B.S. degree in physics from Wuhan University, China in 2011. As part of the N3AS Collaboration network, Xilu is currently located at University of Notre Dame, working with Prof. Rebeccas Surman.

Xilu’s research interests include nuclear astrophysics, astroparticle physics and high energy astrophysics. She has worked on the gamma ray emissions from starburst galaxies and Type Ia supernovae. Her current research is focused on the r-process nuclei ejected from neutron star mergers.

Evan graduated from University of Chicago in 2005 with a B.A. in physics and mathematics.  He worked for three years in industry before he returned to academia to do research in nuclear astrophysics.  Evan received his PhD in 2015 from University of California San Diego where he worked with George Fuller.  After completing his PhD, Evan accepted a postdoc at University of Michigan working with Fred Adams.

Evan’s research centers on neutrino cosmology.  His focus is on the quantum kinetics of neutrino decoupling which occurs roughly one second after the big bang.  Using high-precision numerical calculations, Evan attempts to put constraints on physics beyond the standard model, primarily by using primordial abundances and cosmic microwave background observables. In addition, Evan’s interest in nuclear astrophysics lies in investigating the unique characteristics of nature in the context of fine-tuning arguments.

Amol completed his PhD in Physics in 2017 at the University of California, San Diego (UCSD), where he worked with Prof. George Fuller at the Center for Astrophysics and Space Sciences. He previously graduated from IIT Bombay in 2011 with a bachelors degree in Engineering Physics. As part of the N3AS network, Amol is currently based at University of Wisconsin-Madison, with Prof. Baha Balantekin as his local mentor.

Amol’s research interests include neutrino and particle astrophysics and cosmology. In particular, he has worked on modelling neutrino flavor and spin transformations in astrophysical environments, and is also interested in sterile neutrino dark matter models and their cosmological implications. 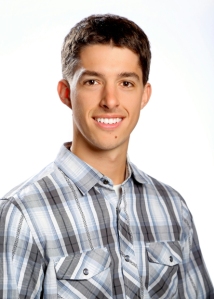 Sherwood completed his PhD in physics at the California Institute of Technology in 2017, where he was a DOE CSGF and a Blue Waters graduate fellow. He completed his undergraduate degree in Astronomy-Physics at the University of Virginia in 2012. Sherwood is currently located at North Carolina State University.